As you can see, this DT360 is no longer original. The bike originally belonged to Torie’s mom and spent years buried in the snow of the Sierra Mountains in California. The bike was too far gone to restore back to the original. (at least for their budget)

What makes this DT360 unique now is that it is the only mono-shock DT360 in the world. The frame has also been modified, a few inches were cut off, and LED lights were “frenched” into the frame.

Style-wise this DT now leans towards a Brat/Cafe Racer style of bike with the Clubman handlebars and cafe seat. Additional changes include all new LED lighting. The carburetor and motor has been completely rebuilt and bored to a larger size. 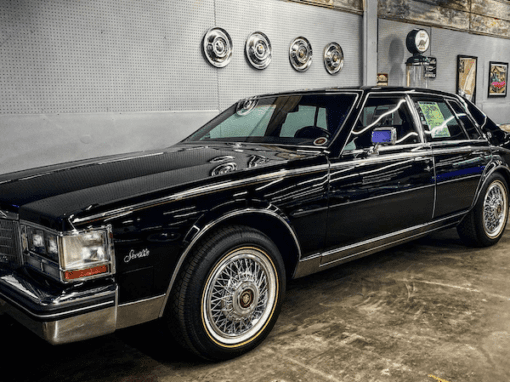